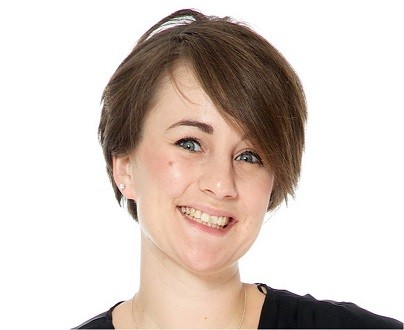 This night of comedy at the SU started with a bang as compère Laura Lexx charged onto the stage, positively bursting with energy. She needed to be enthusiastic as the crowd were distinctly subdued, especially at first. She quickly had us on her side, though, after making several self-deprecating quips and affectionately picking on a few audience members. Her stage persona is somewhere between cheeky comedian and sassy mum-friend. She is pleasant and bubbly, but also knows how to use a quick put-down to silence troublemakers, like the unfortunate man daring to use his phone a few rows from the front. She also appears to have a knack of relating to her audience, whatever age they might be.

Following on from this high energy opening, Kae Kurd’s set was considerably more low key, but no less enjoyable for it. His style of observational comedy is reasonably mainstream, but he definitely makes his own mark on it by bringing in references to his Kurdish heritage. As a result, standard complaints about travel, relationships and middle-class Englishness are given a different spin. Kurd examines these familiar territories from a different angle, resulting in hilarious scenarios where he imagines South London gangsters getting to grips with Starbucks or members of Daesh filling in a travel agency form. My particular favourite was his imagined conversation between two men on a council estate about their yoga class. On this occasion he didn’t engage with his audience as much as Laura Lexx had done, and at times it felt as though he was talking at us rather than to us. Overall, though, this didn’t detract too much from his performance and the laughs kept coming from the crowd.

The final act of the evening was Tom Allen, who I was prepared to like, having seen him on TV a couple of times. He is definitely not a disappointment to see live; he has an assuredness and confidence that is reassuring rather than off-putting. His onstage persona is so over the top camp and posh that you might expect it to seem insincere, but it absolutely works. His measured way of speaking, along with knowing facial expressions and ridiculous yet somehow familiar anecdotes are a winning combination. Allen has the ability to conjure stories and characters, like neurotic friend-of-the-family Joyce, that are perfectly pitched: both believable and hilariously silly. He also plays on stereotypes of posh and gay people, in ways that don’t feel old or overdone. His material is undoubtedly strong, but it is Allen’s stage presence that carries his performance. He has managed to achieve a likeable smugness, which is impressive in itself, but the fact that he is able to be brilliantly funny at the same time is quite incredible. Altogether this was a really enjoyable evening, and criminally under attended given the standard of comedy. The SU always seems to excel at finding entertaining comedy line ups, and tonight’s was no exception.